June to end on a cool note.. 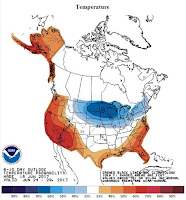 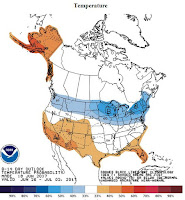 After a nice warm first half of June, the weather pattern has shifted over the Prairies this past week, with the warmest air now suppressed south of the international border. The jet stream has shifted south allowing cooler air from the north to move across the Prairies. And it looks like this pattern will likely persist for the rest of the month into early July. Tomorrow and Tuesday should see a mix of sun and cloud with highs of 18-21C, then a system passing through southern MB will likely bring some showers and thunderstorms Wednesday with highs in the low 20s. Cooler temps will follow for the end of the week, with below normal temps in the teens and scattered showers likely next weekend.  A return to sustained heat in southern MB isn't expected before early July.
Posted by rob at 9:32 PM 43 comments: